Update on what happened across the GNOME project in the week from October 08 to October 15.

Alexander Mikhaylenko landed a number of styling updates, including a new style for scrollbars and increased border radii across the entire stylesheet. Scrollbars are now rounded and no longer attached to the window edge, which makes for nicer visuals and a smoother state transition. 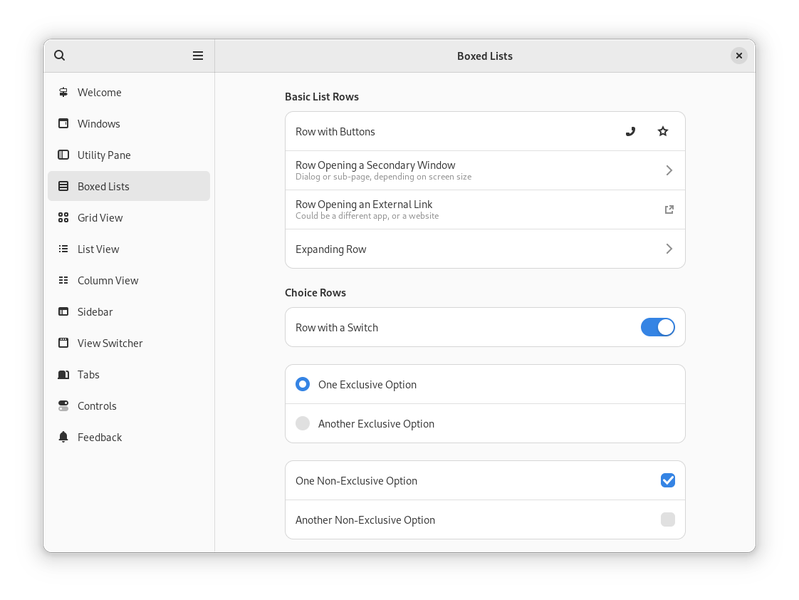 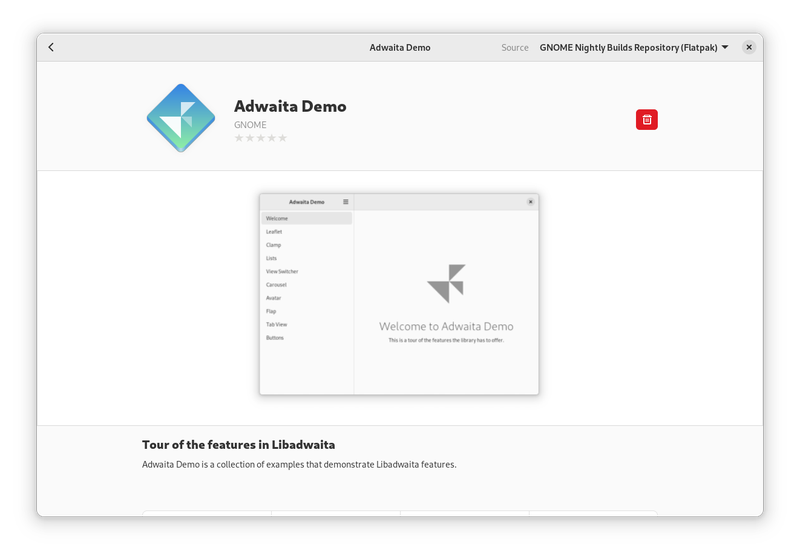 Tracker SPARQL database now provides much more helpful error messages for app developers who are writing their own ontologies. This work was done by Abanoub Ghadban as part of Google Summer of Code 2021. See https://gitlab.gnome.org/GNOME/tracker/-/merge_requests/452

A profiling tool that helps in finding the functions in which a program uses most of its time.

The development version of Sysprof is now better at finding debug-info files for Flatpak apps. Combined with the introduction of frame pointers to org.freedesktop.Platform 21.08 and, recently, to the nightly org.gnome.Platform, this means that you can now use Sysprof to profile GNOME Flatpak apps and get correct stack traces. Just make sure that the app uses the nightly org.gnome.Platform and that you have installed org.freedesktop.Sdk.Debug//21.08, org.gnome.Sdk.Debug//master and com.example.YourApp.Debug. The stack traces should also work with Sysprof built into GNOME Builder (“Run with Profiler”) once it is updated. 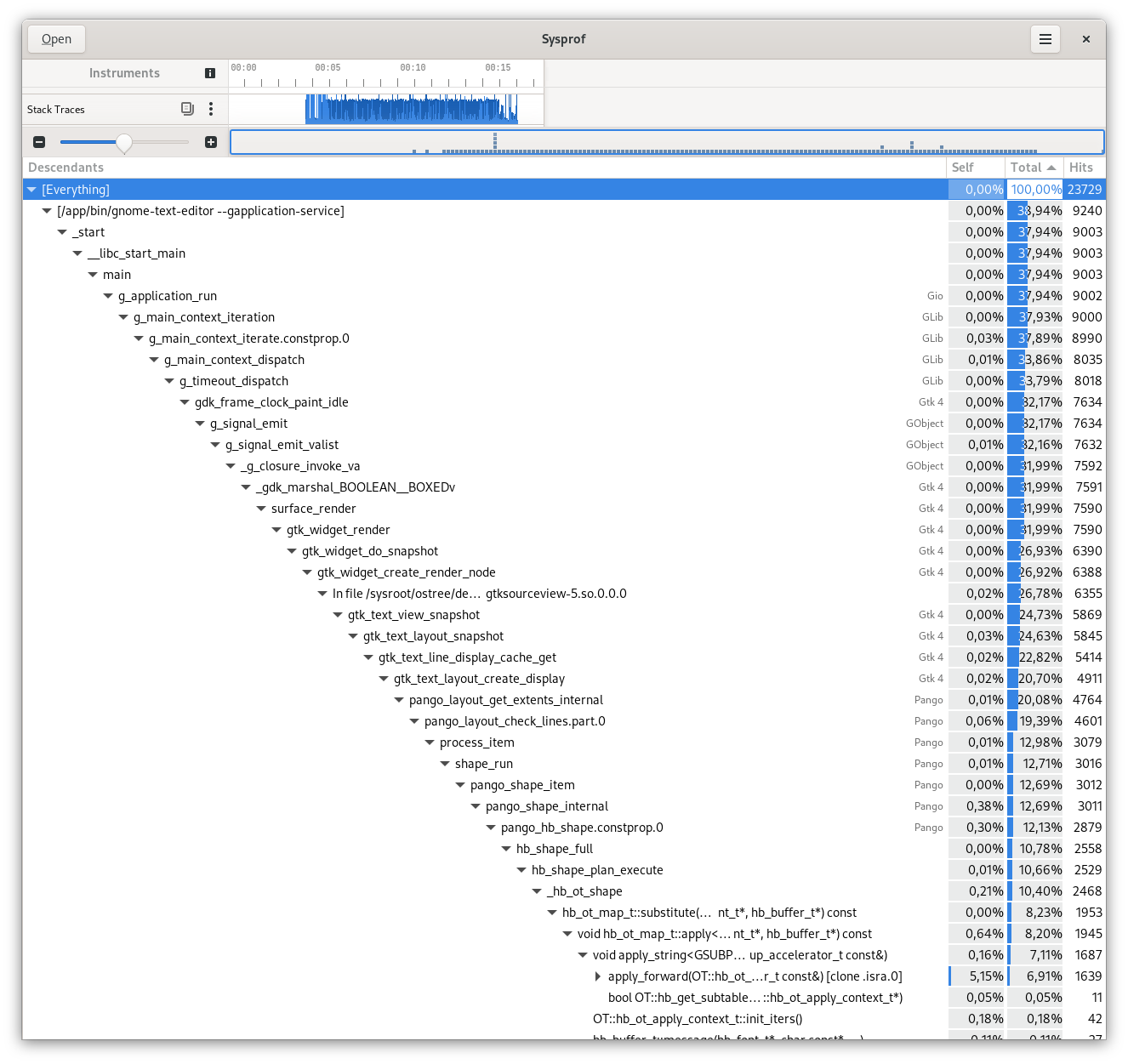 Text Editor is a simple text editor that focus on session management. 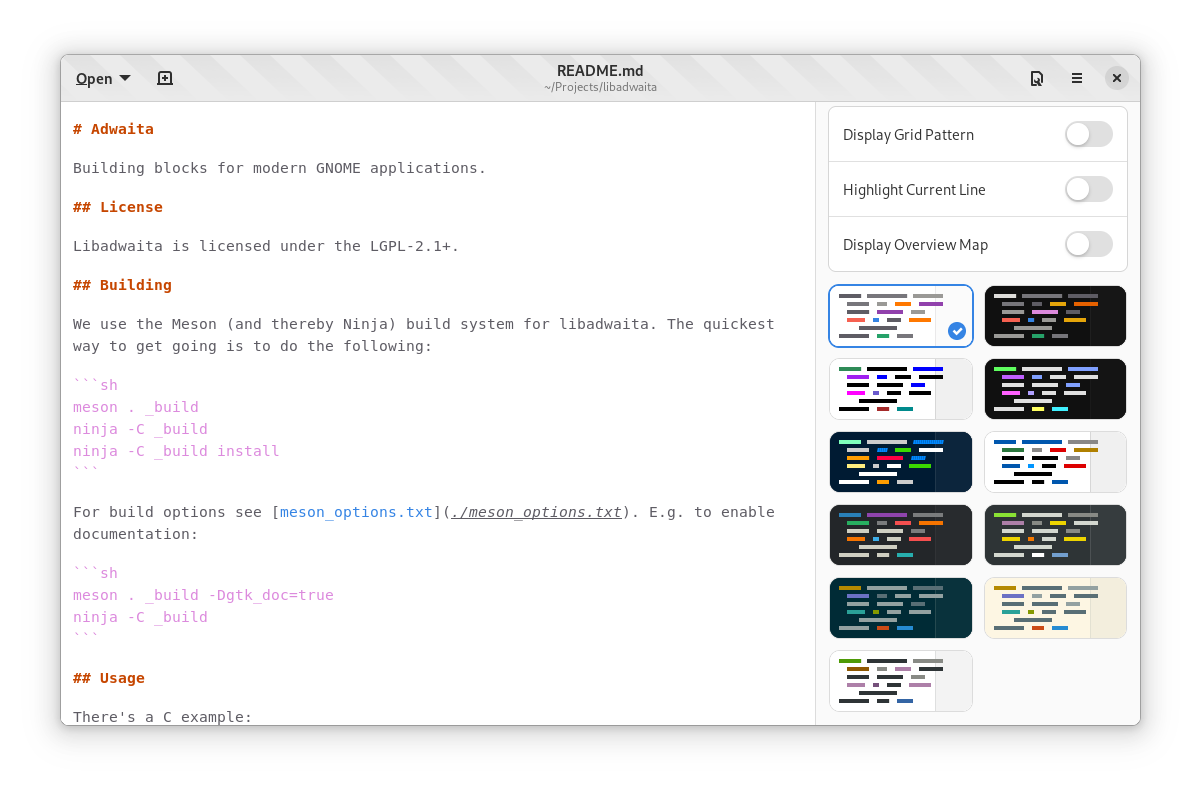 The work-in-progress new GNOME Shell screenshot UI saw a number of fixes and updates this week. The panel now shows beautiful new icons for area, screen and window selection made by Tobias Bernard. Upon opening the UI, you’re presented with a pre-selected starting area which you can now drag around and resize in all 8 directions, while the panel fades out of the way. You can also draw a new area by holding Ctrl or with the right mouse button. Capturing the screenshot no longer freezes the screen for a moment as PNG compression now happens on a separate thread. New screenshots appear in Recent items in the file manager. Also, you can now take screenshots of GNOME Shell pop-up menus without them glitching out the UI.

GWeather, the library for gathering weather information used by various GNOME applications, has been updated to allow its use by GTK4 applications: https://gitlab.gnome.org/GNOME/libgweather/-/issues/151

Webfont Kit Generator was ported to GTK4 and libadwaita with some small design improvements. 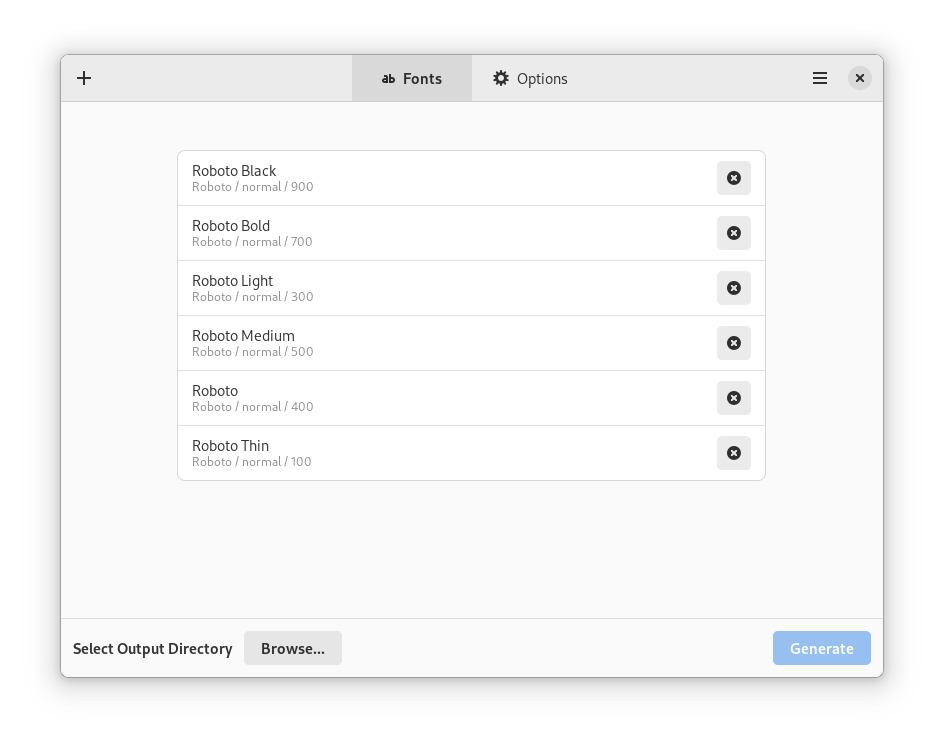 Solanum now has preferences to set the various timer lengths and how many laps to go before a long break. 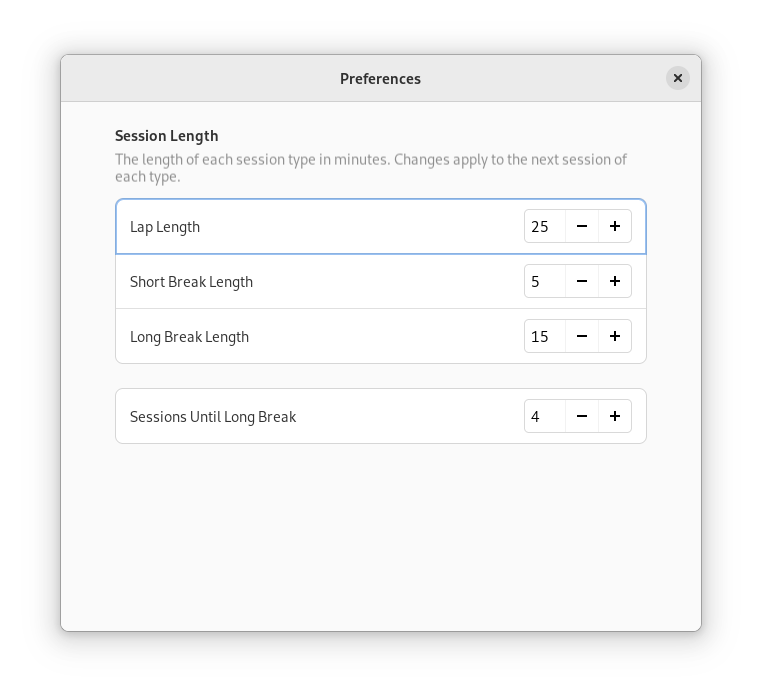 Share Preview’s metadata inspector has been moved to a separate dialog, and now also allows you to inspect document body images. 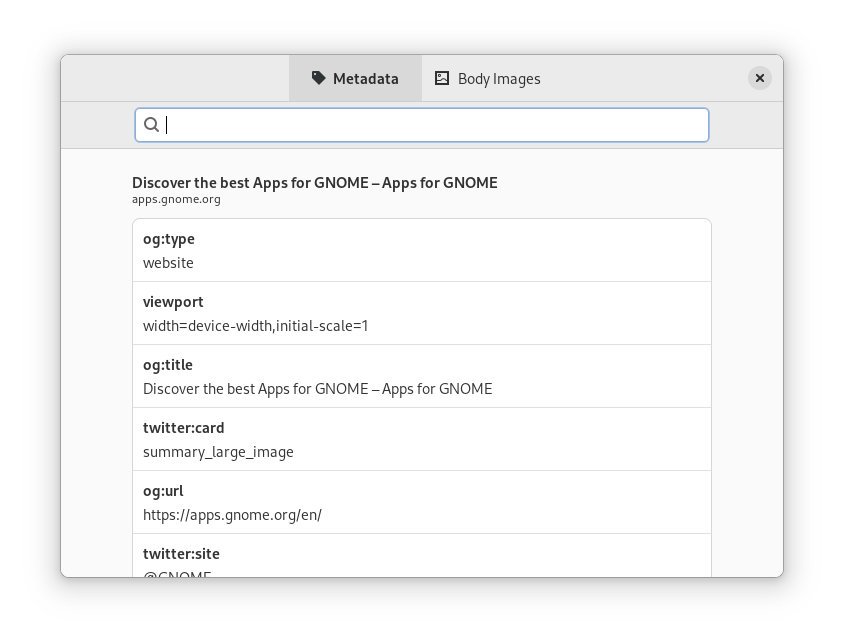 Pika Backup got ported to GTK 4 and libadwaita.

Observing readers might also spot a “Schedule” page in the screenshot. More about that in a future update. 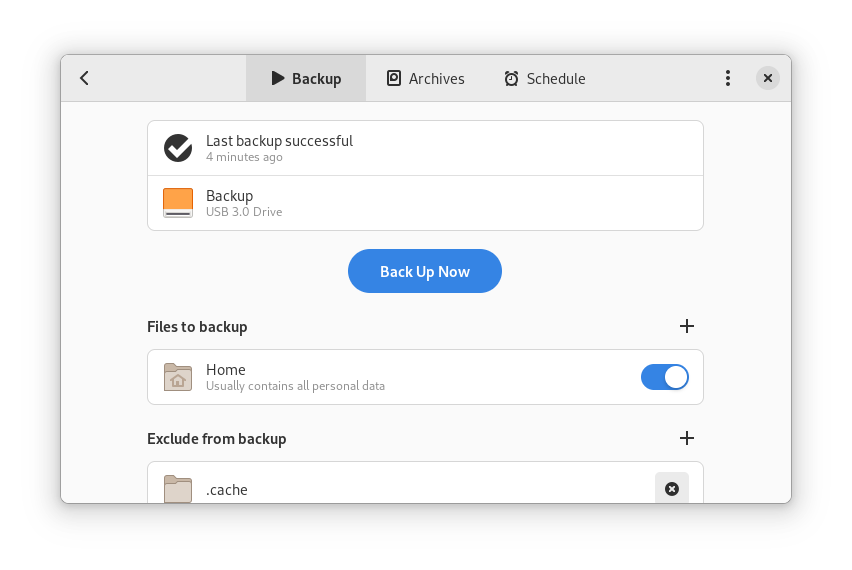 The second stable version of Relm4, an idiomatic GUI library based on gtk4-rs, was released and makes GUI development with Rust and GTK even better!

Most notably, Relm4 now offers better error messages, improved macros and an even better integration of libadwaita. The full release article can be found here. Also special thanks to tronta for adding the math trainer example. 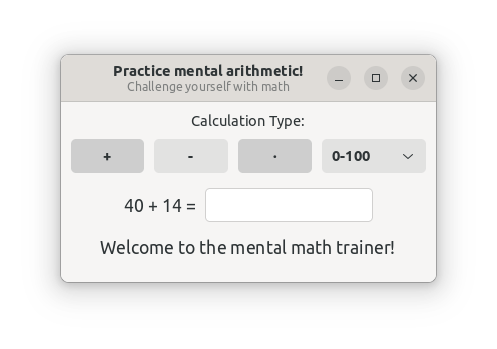 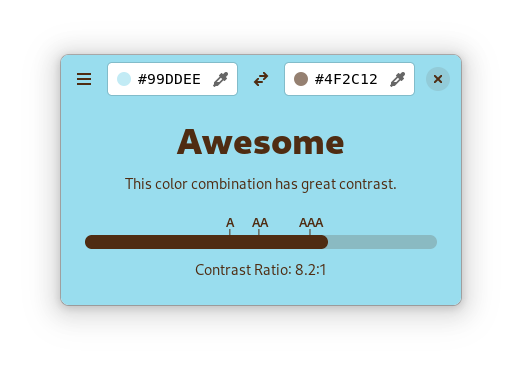