Update on what happened across the GNOME project in the week from December 31 to January 07.

We wish everyone a Happy New Year 🎆! The new year starts right with a “Big 1.0”, Libadwaita - an important cornerstone for GNOME apps, had its first stable release!

Libadwaita 1.0.0 has been released. Check out the announcement

In Tracker Miners, there are big performance improvements thanks to Carlos Garnacho. The way that we generate identifiers for file contents is changing, for more information see: https://discourse.gnome.org/t/tracker-3-3-will-reindex-files-and-change-content-ids/8583

A simple clock app which includes world clocks, alarms, a stopwatch and a timer.

@yetizone and I ported Clocks to GTK 4 and libadwaita, featuring a modern style and dark mode support just in time for GNOME 42. 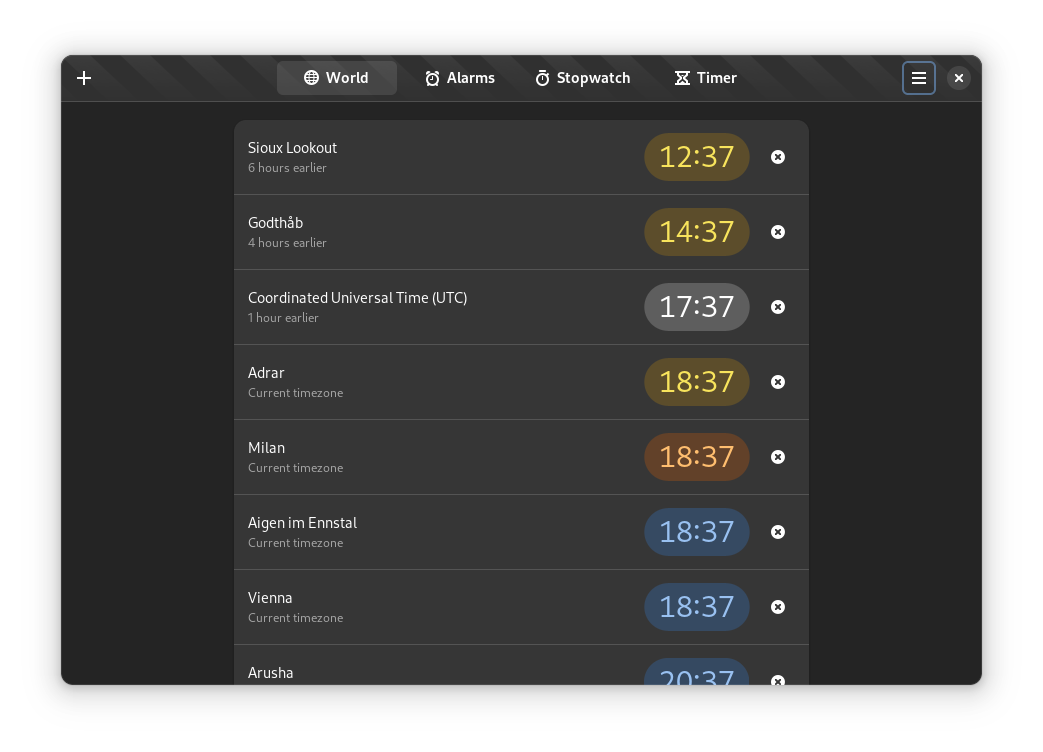 Podcasts v0.5.1 was released on flathub. The new 0.5 version includes:

On another note there is a merge request for a gtk4 port of Podcasts that is currently being tested. 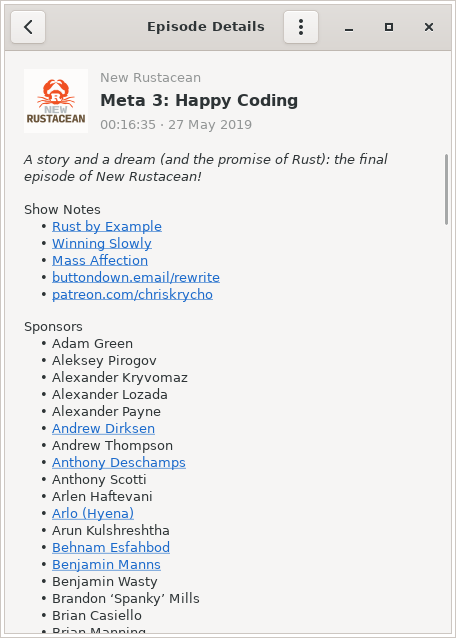 Fragments gained the ability for configuring a custom port, and can test if the port got opened/forwarded correctly. 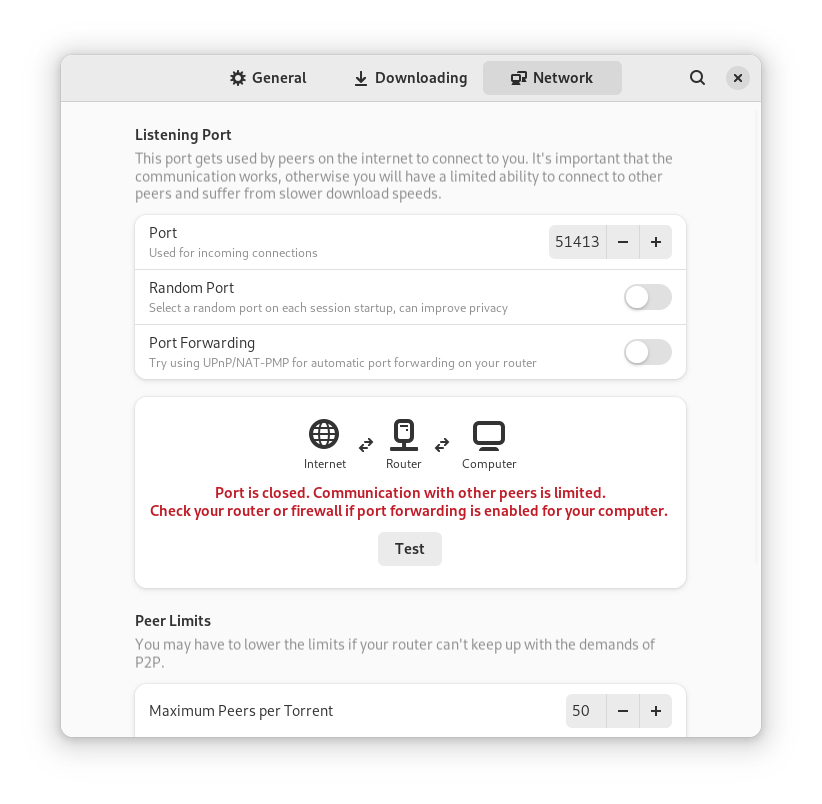 flatpak-vscode got a new release with support of more of flatpak-builder options which makes it capable of building projects that makes uses of SDK extensions like llvm12. It’s available on both Open VSX Registry and Microsoft Visual Studio Code Marketplace.

The TWIG website now has styling for dark mode! If your browser has prefers-color-scheme set to dark, TWIG will detect that and use a new dark look. 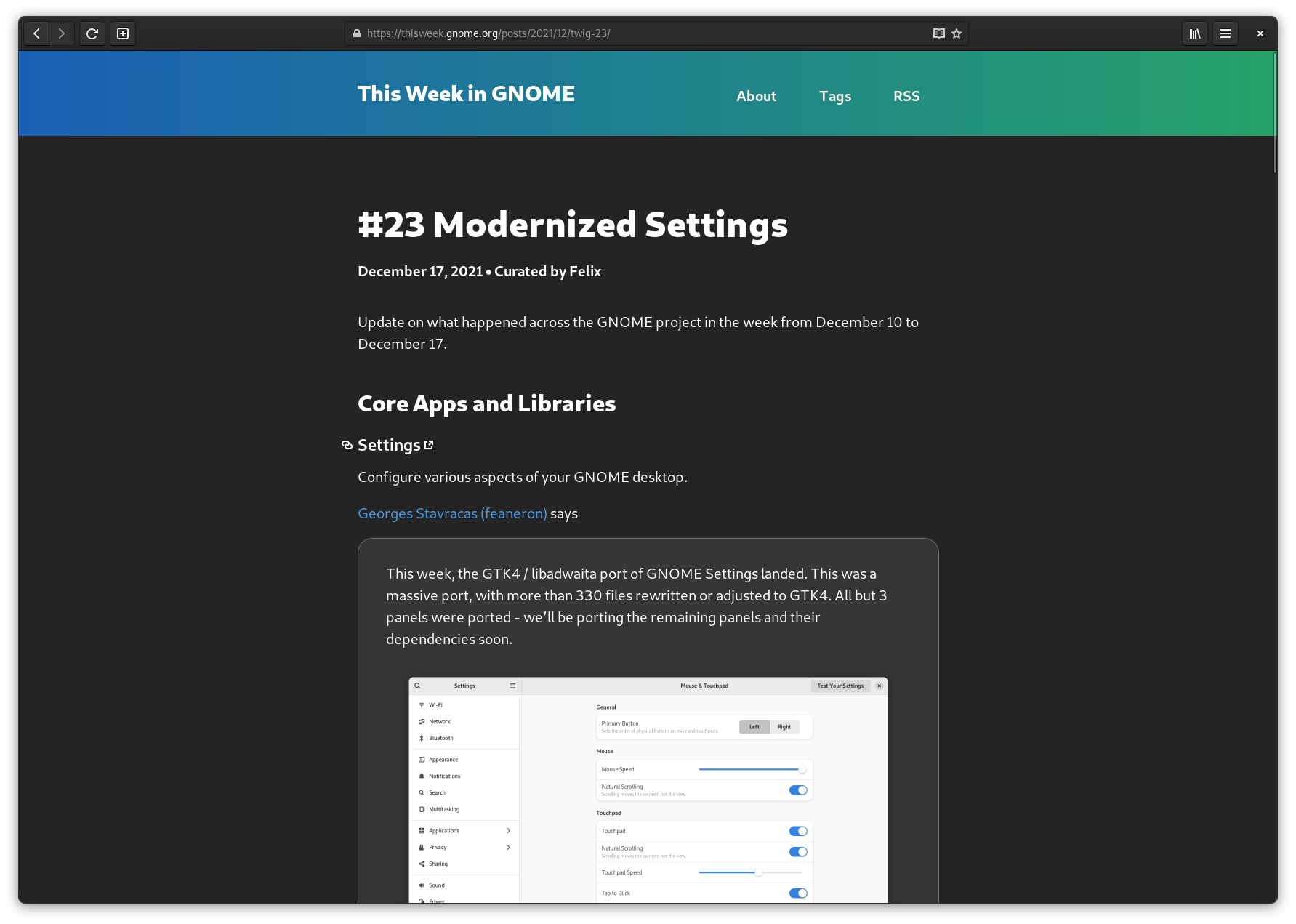 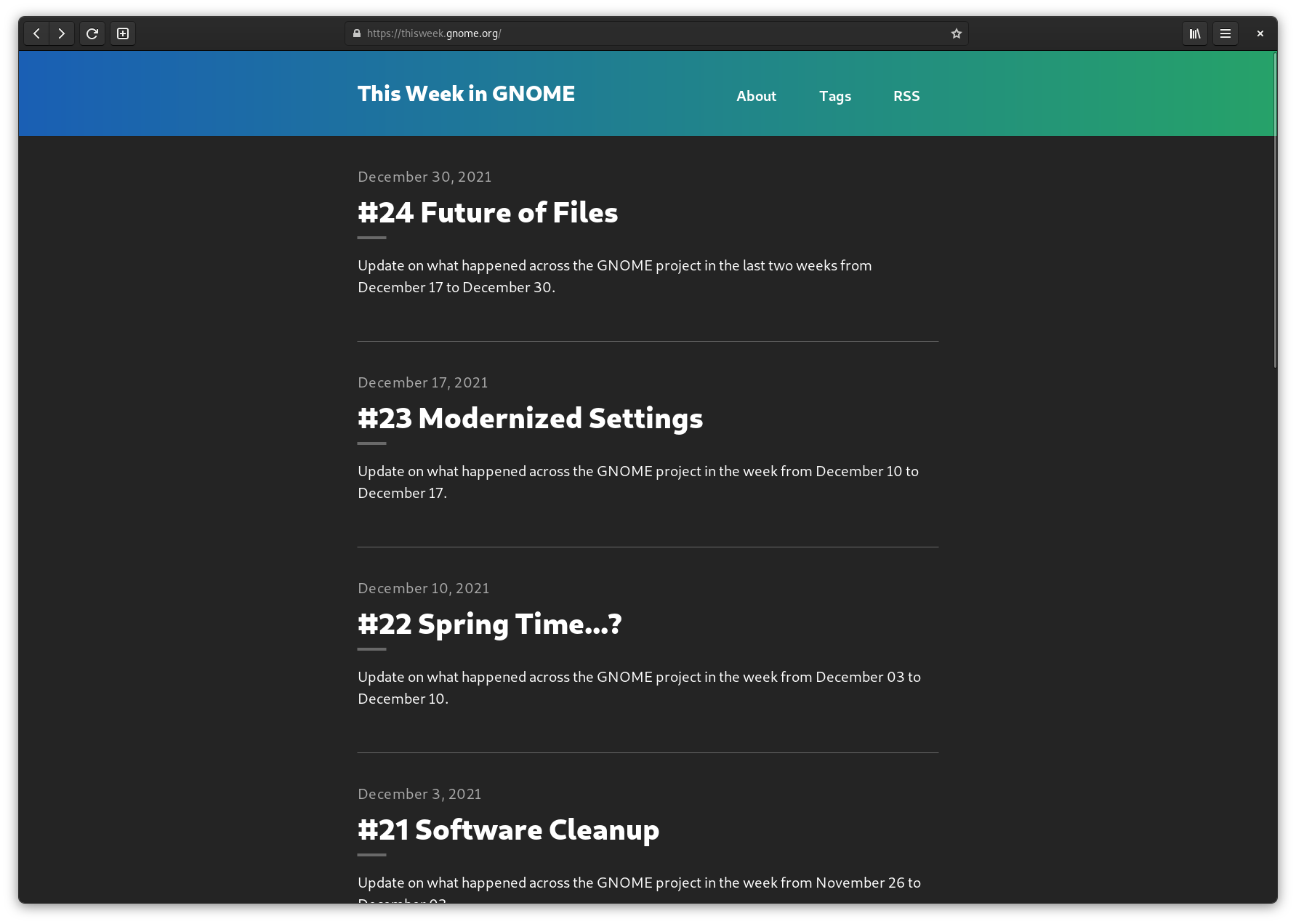