Update on what happened across the GNOME project in the week from August 05 to August 12.

Carlos Garnacho landed a major performance fix in Tracker Miners. Directory renames should now be processed within a few seconds even when many files are indexed. See https://gitlab.gnome.org/GNOME/tracker-miners/-/merge_requests/400 for details.

Keep and organize your contacts information.

Contacts can now import and export contacts in the vCard format (usually recognized by their .vcf file extension). This was the most popular feature request in the Contacts issue tracker for quite a while, so this should make quite a few people happy 😁 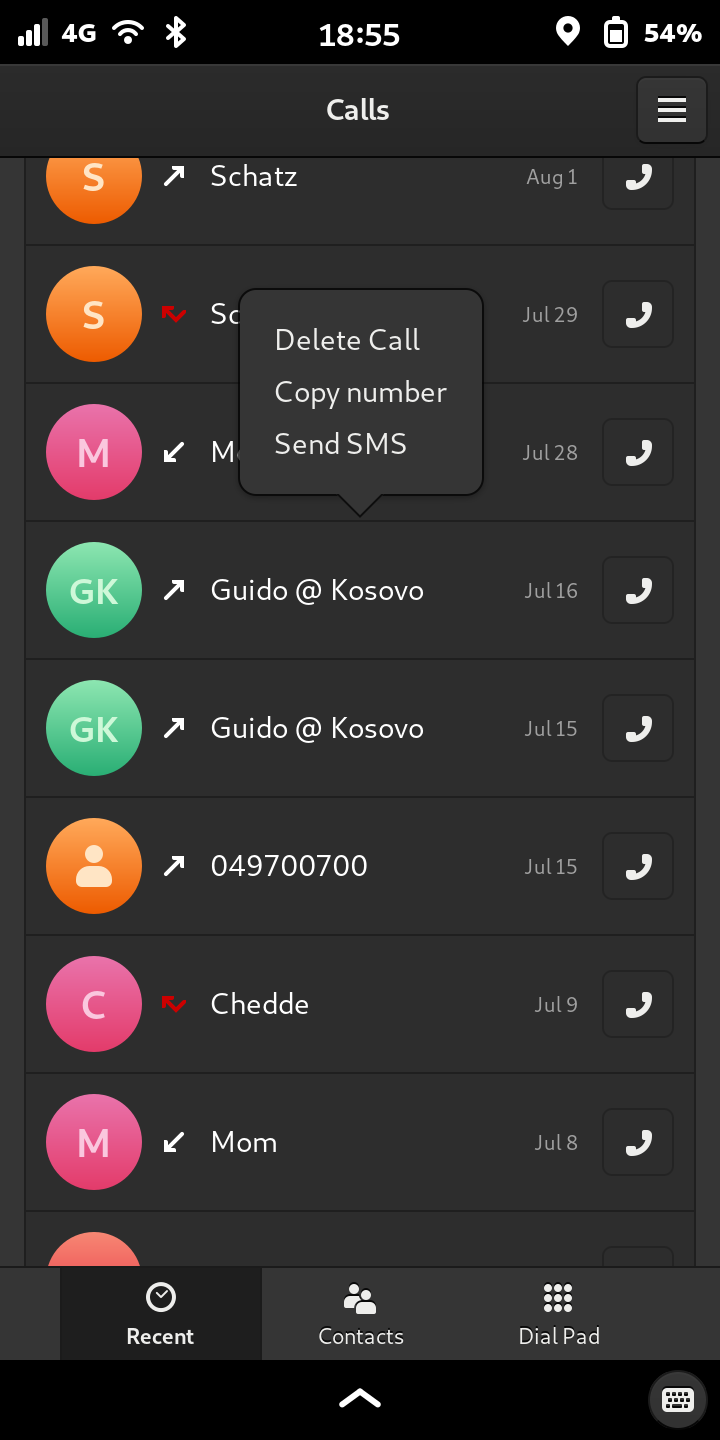 This week, a new version of GJS was released for GNOME 43.beta.

This week, File Shredder joined GNOME Circle. File Shredder allows you to securely delete files that should not be recoverable. Congratulations! 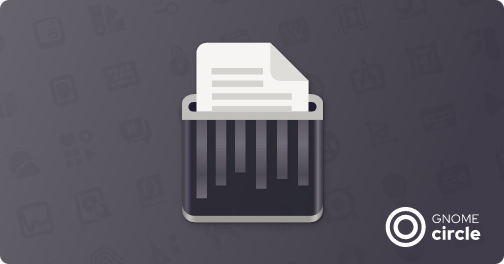 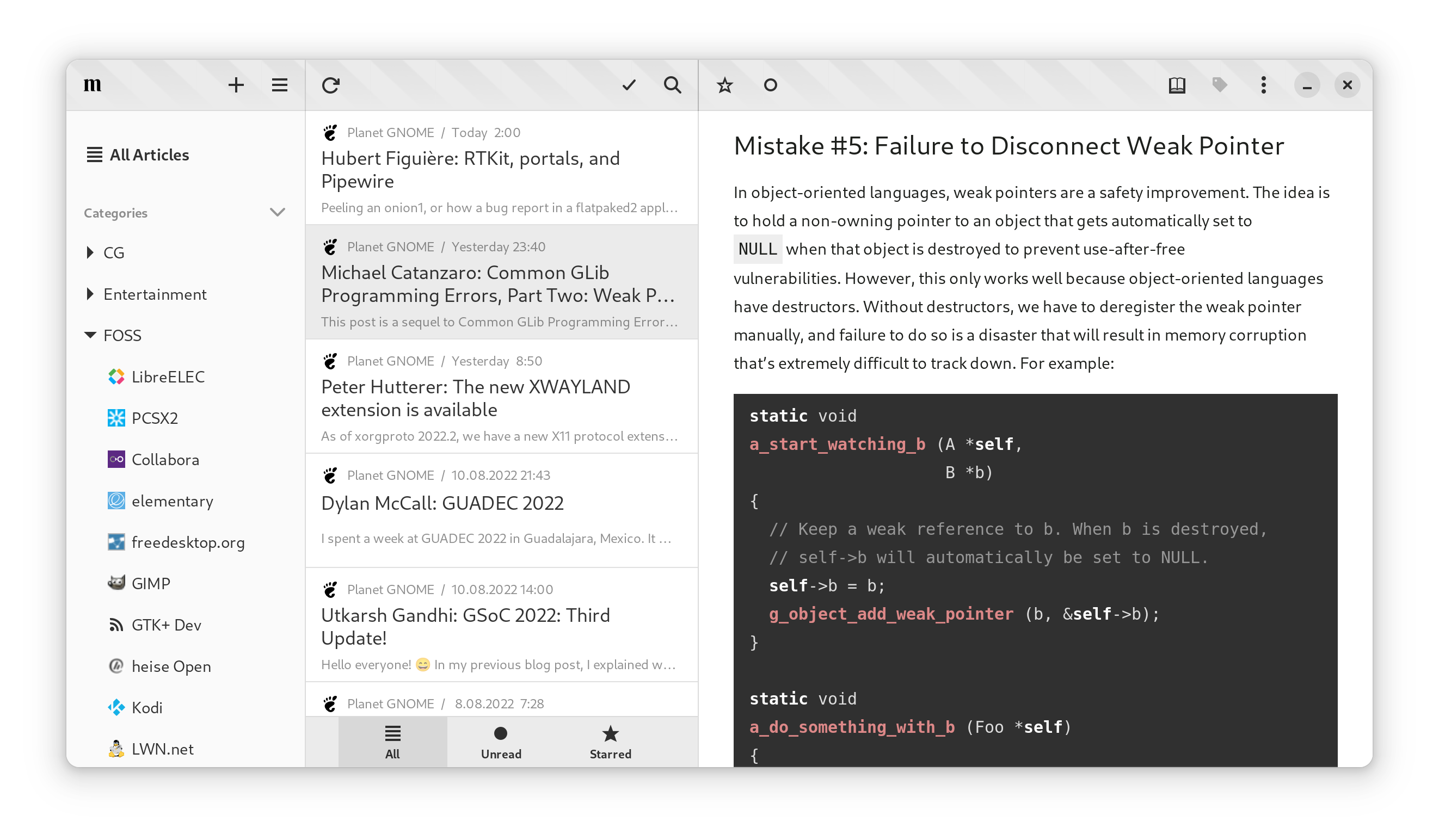 Adwaita Manager was significantly redesigned, Thanks for hard work of @0xMRTT who maked it real and @daudix-UFO for providing design mockups.

Adwaita Manager is a tool that allows you to customize Libadwaita applications and the adw-gtk3 theme with simple UI, as well with Material You Palette generation from wallpaper, Thanks @avanishsubbiah for porting Monet engine to Python!

The name was changed to Gradience to remove any confusions. The project still available at the same URL

More amazing changes will come in near future!

Note: Adwaita Manager is NOT an official GNOME app, the name will change in v0.2.0 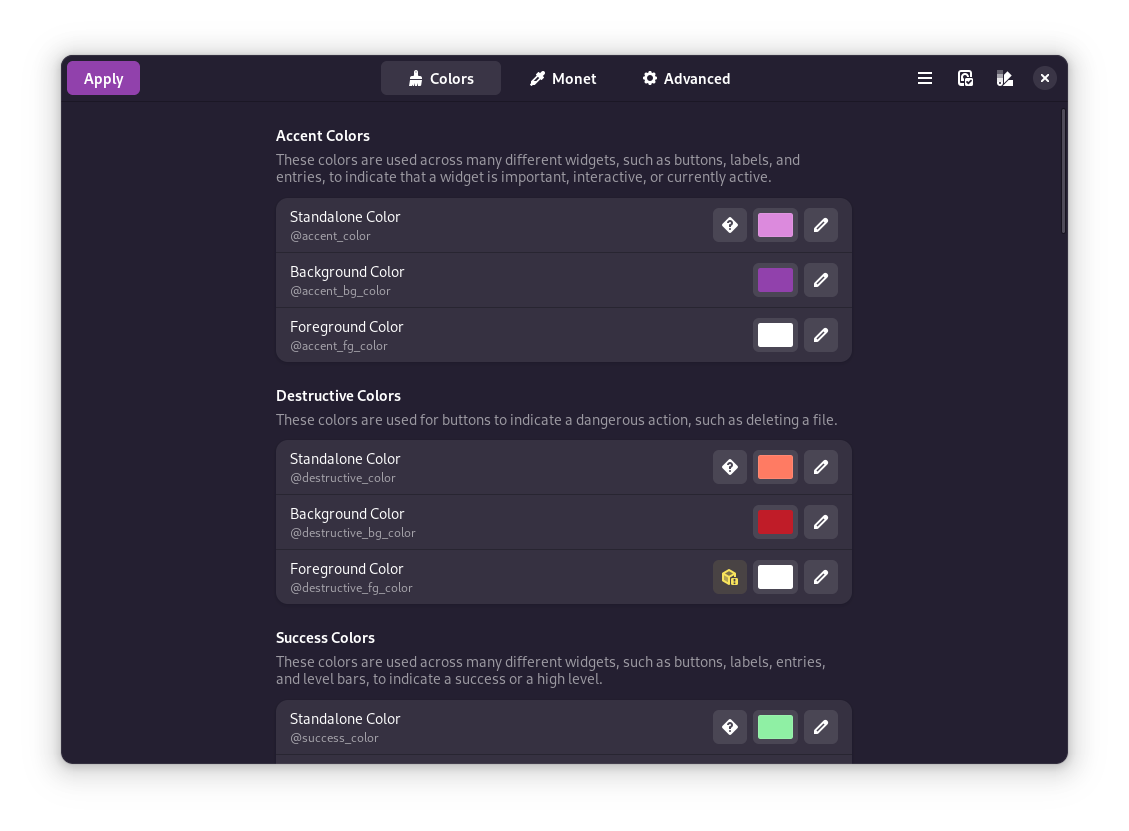 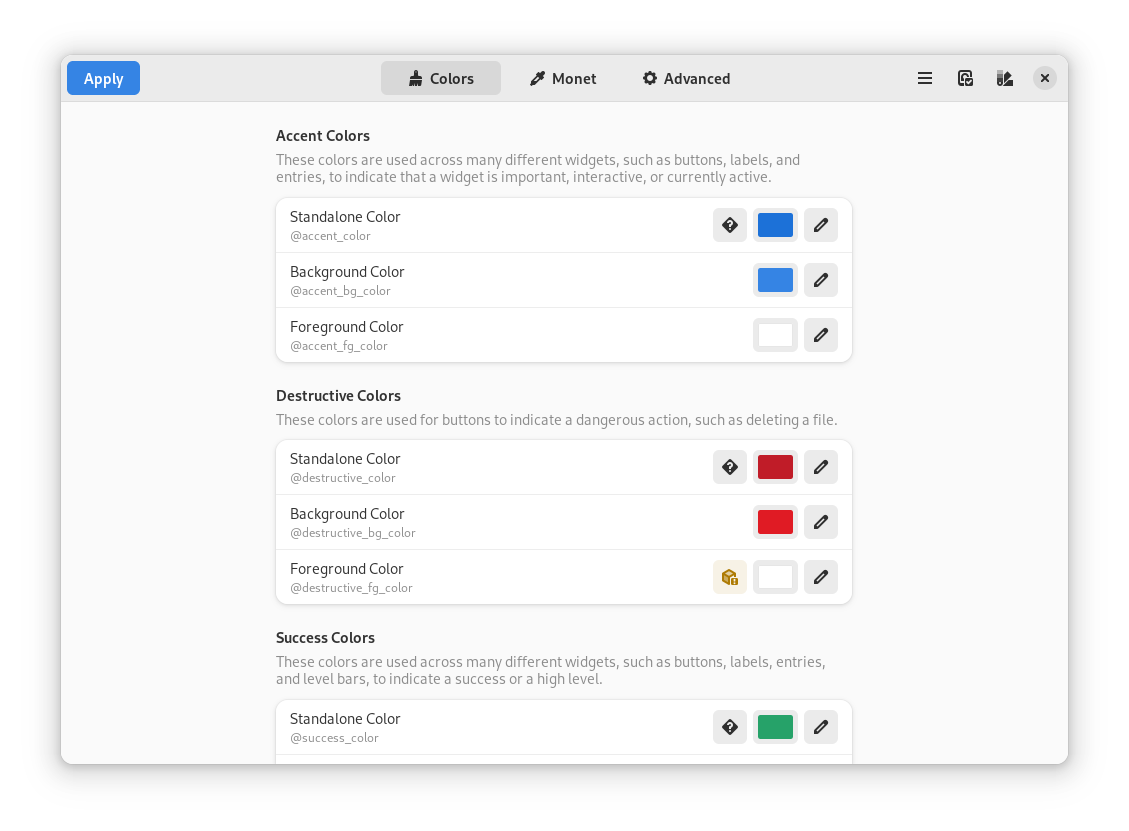 Pages on the GNOME Developers Documentation website now have a link to let you easily view and edit the source text in GitLab; if you spot an issue, or if you want to improve the documentation, you can now do that directly from your web browser.

This week the port of the whole getting started tutorial to Vala on developer.gnome.org was merged and is now available online! Also the widget template tutorial was ported thanks to Vojtěch Perník . 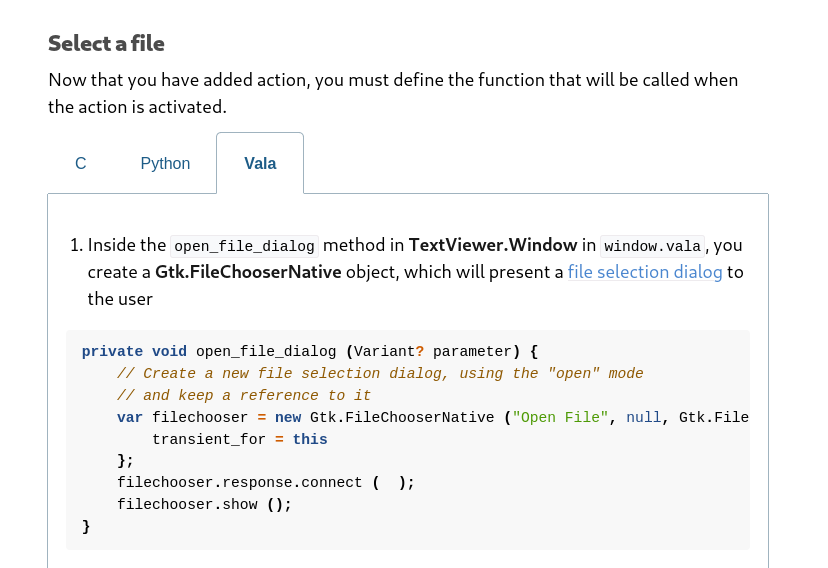 We also had some bug fixes.