Update on what happened across the GNOME project in the week from September 23 to September 30.

This week, Workbench joined GNOME Circle. Workbench lets you experiment with GNOME technologies, whether tinkering for the first time or building and testing a GTK user interface. Congratulations! 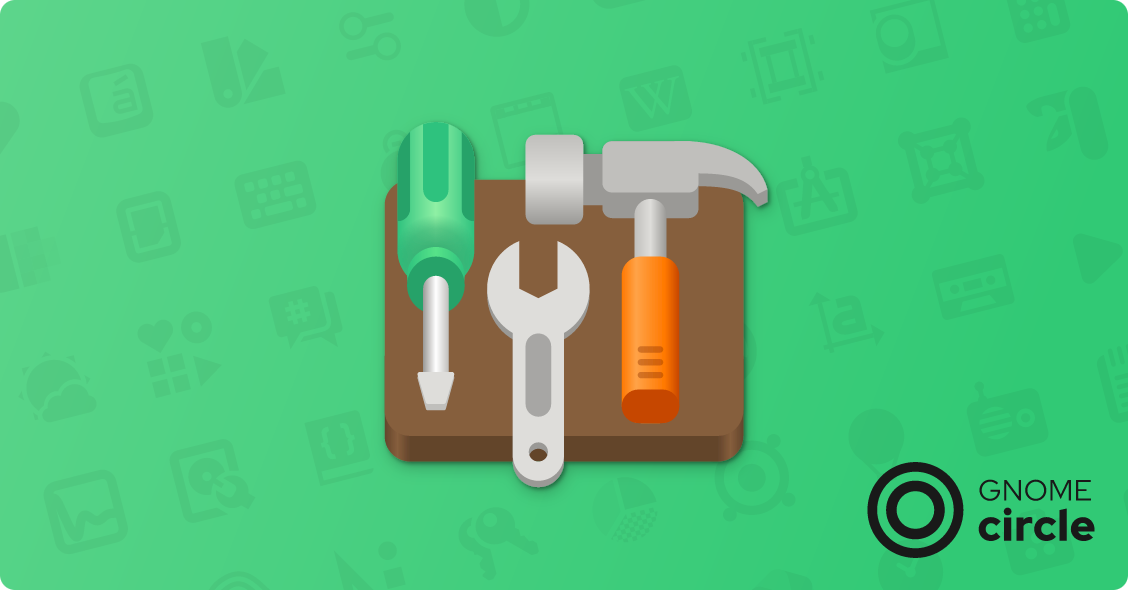 Make sure to check what’s new for developers in GNOME 43 and give it a try in Workbench 43.

After the 2.0 release of NewsFlash last week followed a quick 2.0.1 to fix a nasty database migration issue. But now development of version 2.1 has started with more fixes and two new features already merged:

I am pleased to announce Kooha 2.2.0. This release introduces fresh new features and bug fixes from over a hundred commits. Here’s the summary of some of the most significant changes:

Excited to announce Gaphor, the simple UML and SysML tool, version 2.12.0 is released!

Tagger V2022.9.2 is finally here! This release mainly adds support for automatically downloading and applying tag metadata from MusicBrainz with support for retriving the album art, if avaliable, as well!

A manga reader for GNOME.

Pleased to announce the release of version 1.0.0 of Komikku, the manga reader (but not only).

After several months of efforts, the porting of Komikku on GTK4 and libadwaita is finished.

This week we tagged Fractal as 5.alpha1. This is our first release since Fractal has been rewritten to take advantage of GTK 4 and the Matrix Rust SDK. It is the result of eighteen months of work. Currently supported features are:

As the name implies, this is still considered alpha stage and is not ready for general use just yet. If you want to give this development version a try, you can get it from the [GNOME Apps Nightly flatpak repository] (https://wiki.gnome.org/Apps/Nightly). A list of known issues and missing features for a 5.0 release can be found in the Fractal v5 milestone on Gitlab.

We also published a blogpost about the security quick scan performed by Radically Open Security as part of the NLnet grant https://blogs.gnome.org/jsparber/2022/09/27/fractal-security-audit/ 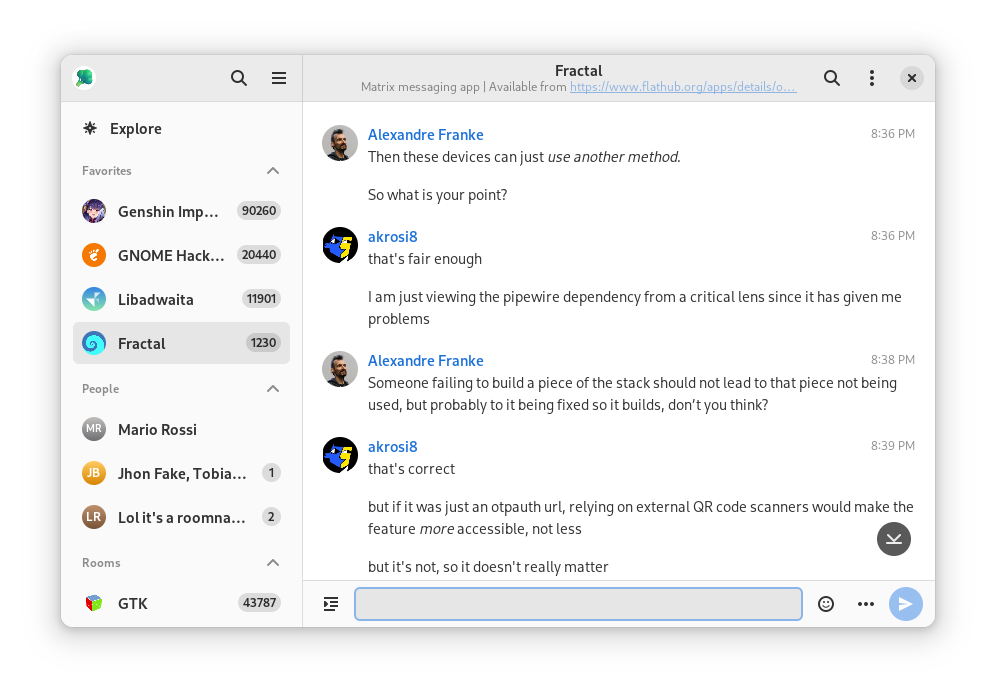 I’ve published the final section of the Libadwaita chapter in GUI development with Rust and GTK 4. It has been reviewed by Ivan Molodetskikh and Alexander Mikhaylenko.