Update on what happened across the GNOME project in the week from September 30 to October 07.

GNOME’s OpenQA testing initiative has seen some progress, the existing tests are all passing again, and the tests have migrated to a new openqa-tests.git repo to enable much faster cycle times when developing tests. For more details, see: https://discourse.gnome.org/t/openqa-gnome-2022-edition/11427

An object-oriented programming language with a self-hosting compiler that generates C code and uses the GObject system.

Since GNOME Builder 43 was released, it does not bundle the Vala Language Server anymore. To continue getting diagnostics, completion and more code intelligence features, you need to use the language server from Vala’s Flatpak Sdk. To enable it in your project, add these lines to your Flatpak manifest:

For everyone else not developing using Flatpak, you need to install the language server on your system. Of course this can also be done through Toolbx or similar technologies.

A password manager which makes use of the KeePass v.4 format.

Pika Backup gained support for excluding directories that contain a CACHEDIR.TAG. Cached Directory Taggings is a general specification that allows apps to exclude folders from backups. It is for example used by the Rust language to mark its target directories.

In further exclusion news: There is now a rudimentary dialog to exclude folders or files via shell type patterns and regular expressions. 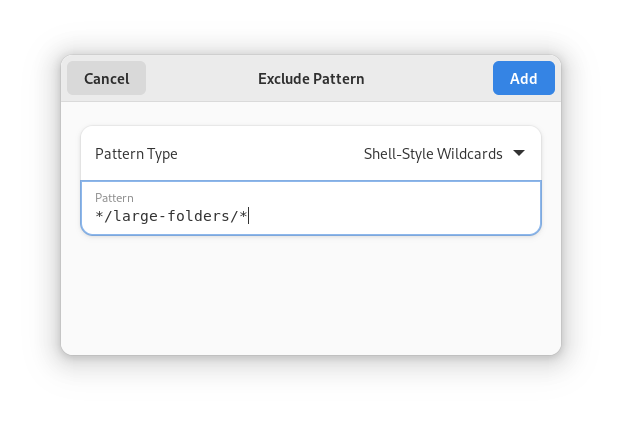 Playhouse is a playground for HTML/CSS/JavaScript which makes it easy to prototype, teach, design, learn and build Web things. 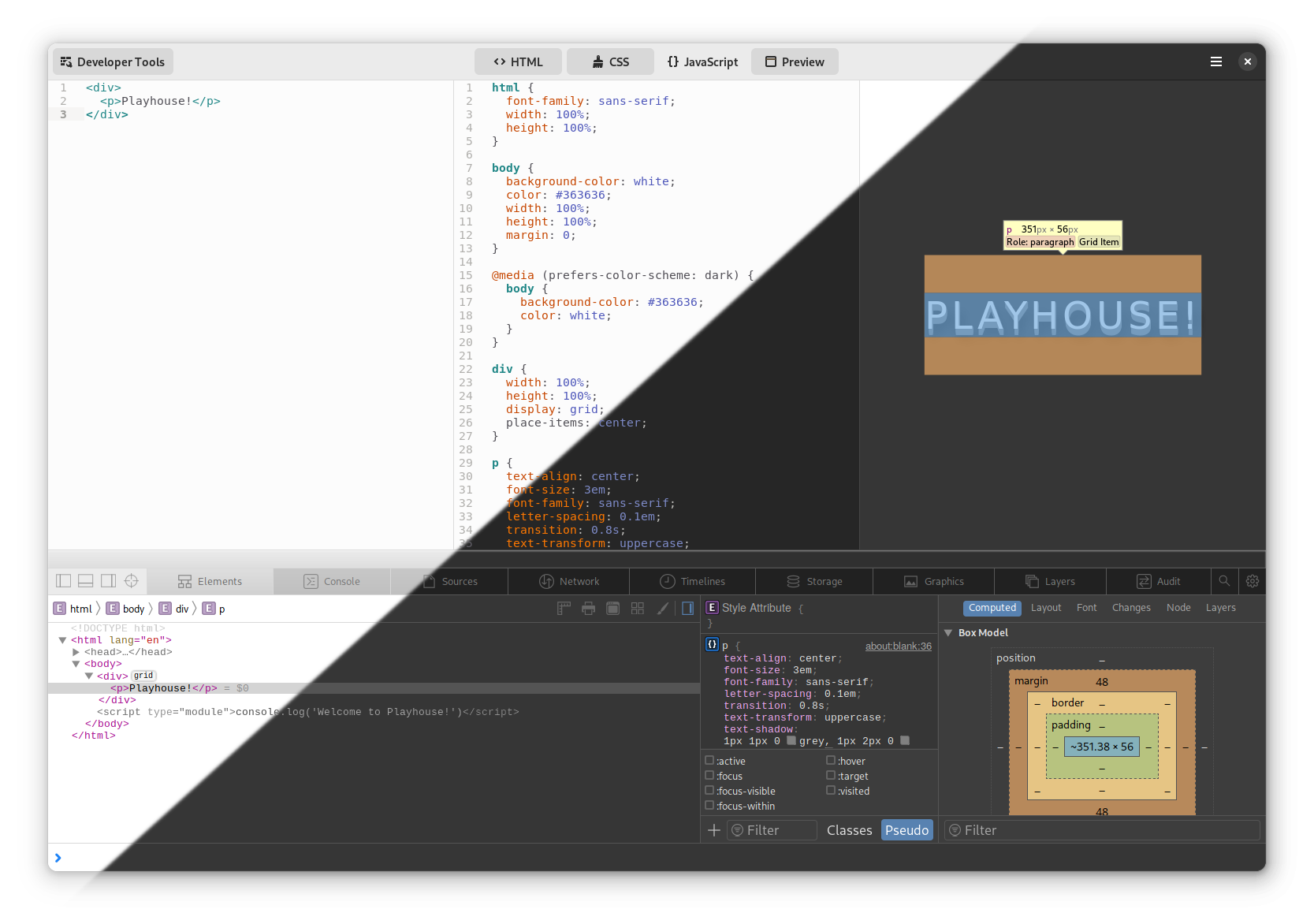 Tagger V2022.10.0 is here! We put a lot of work into this release: re-working the tag editing experience, and thus more intuitive and easier to use. We’ve also added a new preference for managing MusicBrainz metadata and fixed many bugs as well. Here’s a full changelog:

I released the first version of Zap, a new soundboard application. Download it from Flathub and make your livestreams and videocasts more entertaining! 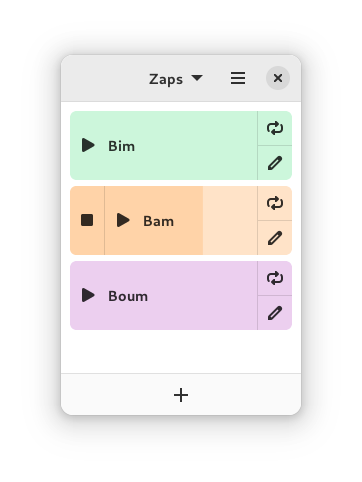 Change the look of Adwaita, with ease.

This week, Gradience gained some UI polish, usability and under-hood improvements, some of them: 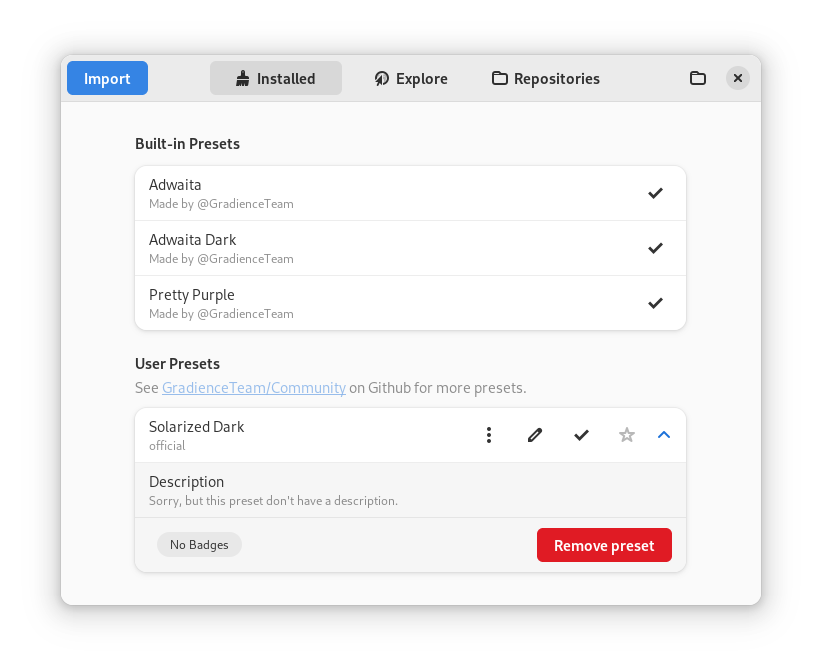 Flare 0.5.0 was released. Besides some important bug-fixes, Flare gained the ability to search for contacts, show notifications and has seen many usability- and user interface improvements. Furthermore, the new message dialogs and about window of libadwaita are now used. 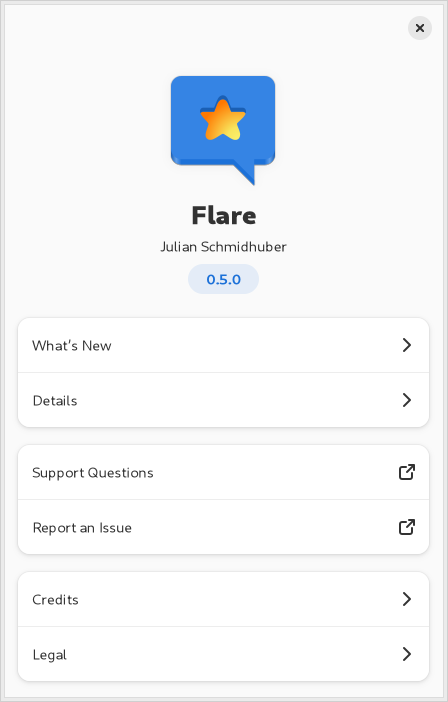 I’ve implemented in Eyedropper the long awaited feature of a palette dialog, suggesting different colors schemes based on the currently picked color. It now also uses libadwaita 1.2 and the new AdwAboutWindow. 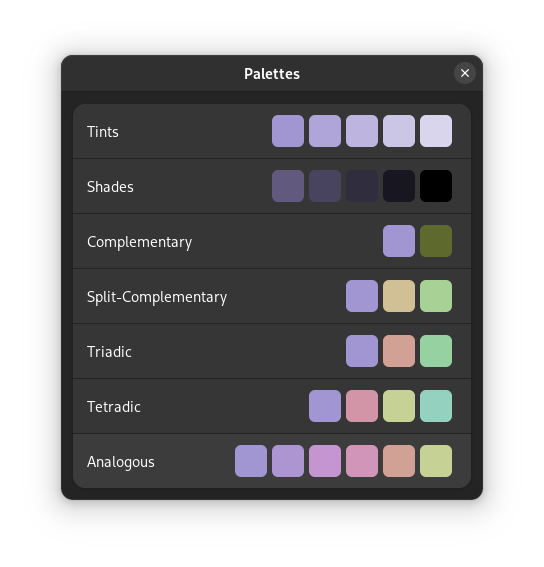