Update on what happened across the GNOME project in the week from January 06 to January 13.

The redesign of the sound panel of GNOME Settings is continuing! This week the “Volume Levels” section has been moved in a separate window, to make the main panel more compact by default. Also, the app icons in the new design are now bigger and full-colored and the rows also include a volume level indicator. 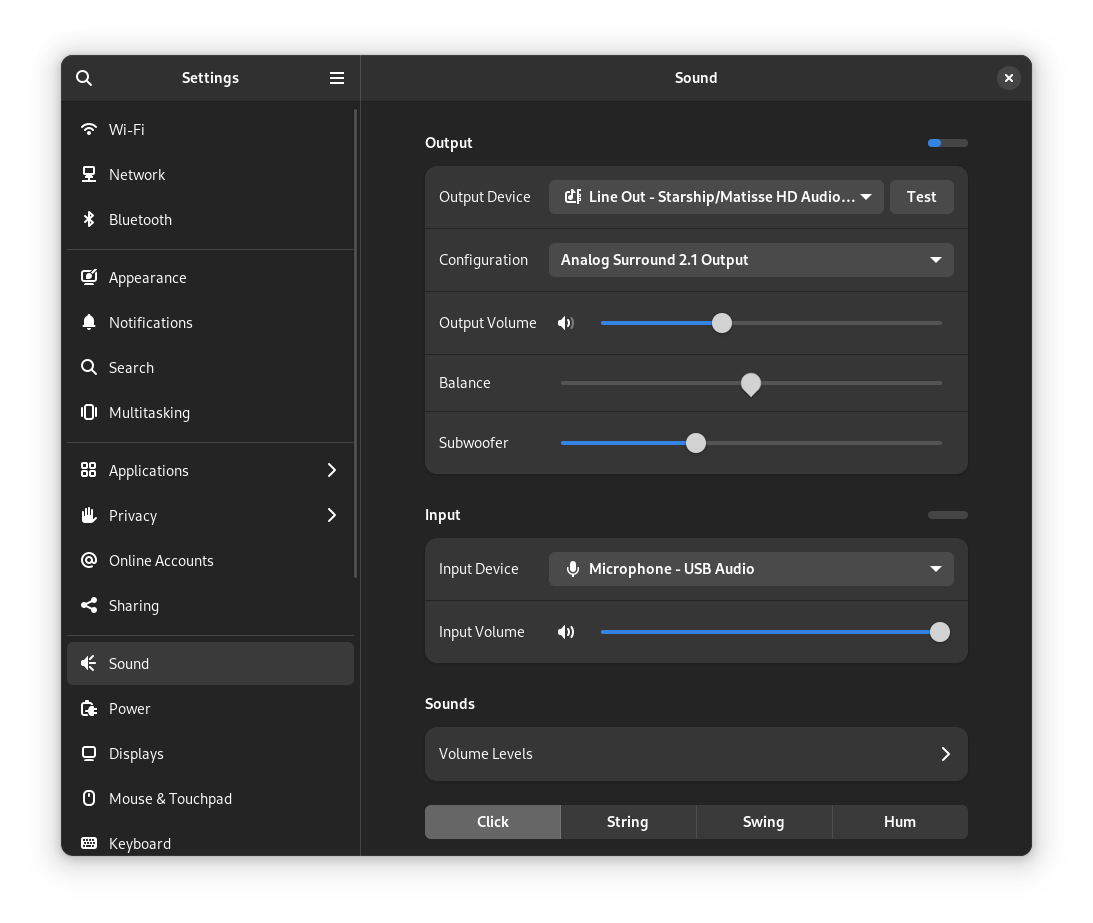 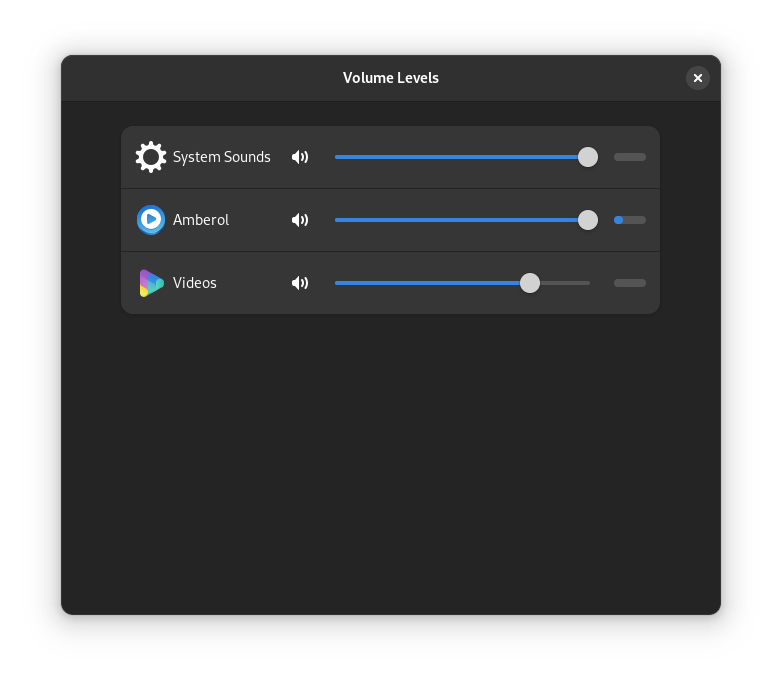 Carlos Garnacho added support in the Tracker database library for exporting data as JSON-LD. This will be available via the tracker3 export command in Tracker 3.5.

This feature builds on a series of incremental improvements around data serialization and deserialization in libtracker-sparql. See MR tracker!523 for more details.

This week Dan Yeaw released Gaphor 2.15.0. The improvements include, but are not limited to:

Many thanks to everyone who helped out with translating Gaphor. Special thanks for Jonathan and Óscar Fernández Díaz for their code contributions. 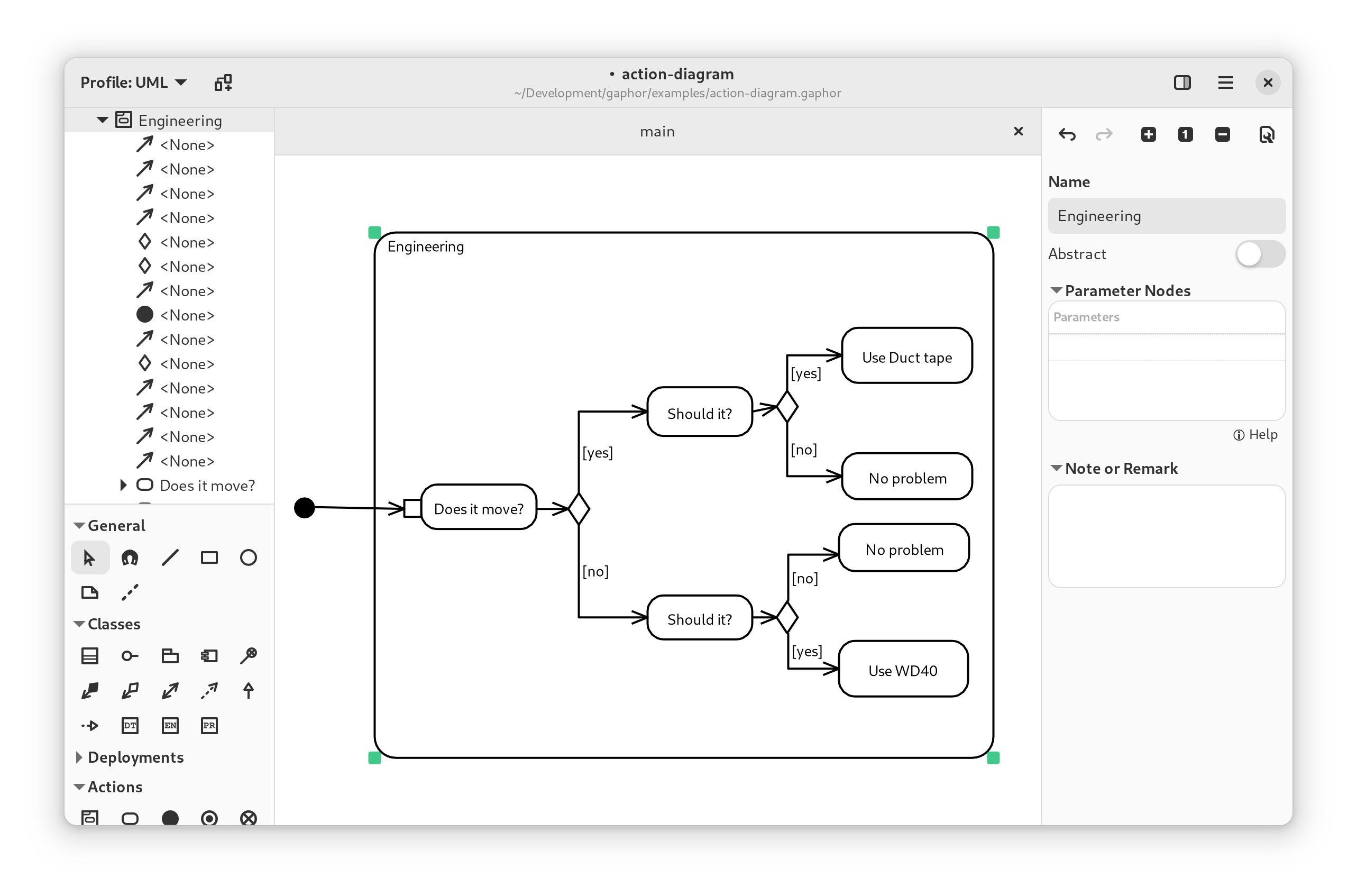 Black Box 0.13.0 is finally out! This release brings much-anticipated features and bug fixes:

You can check out the full release notes here. 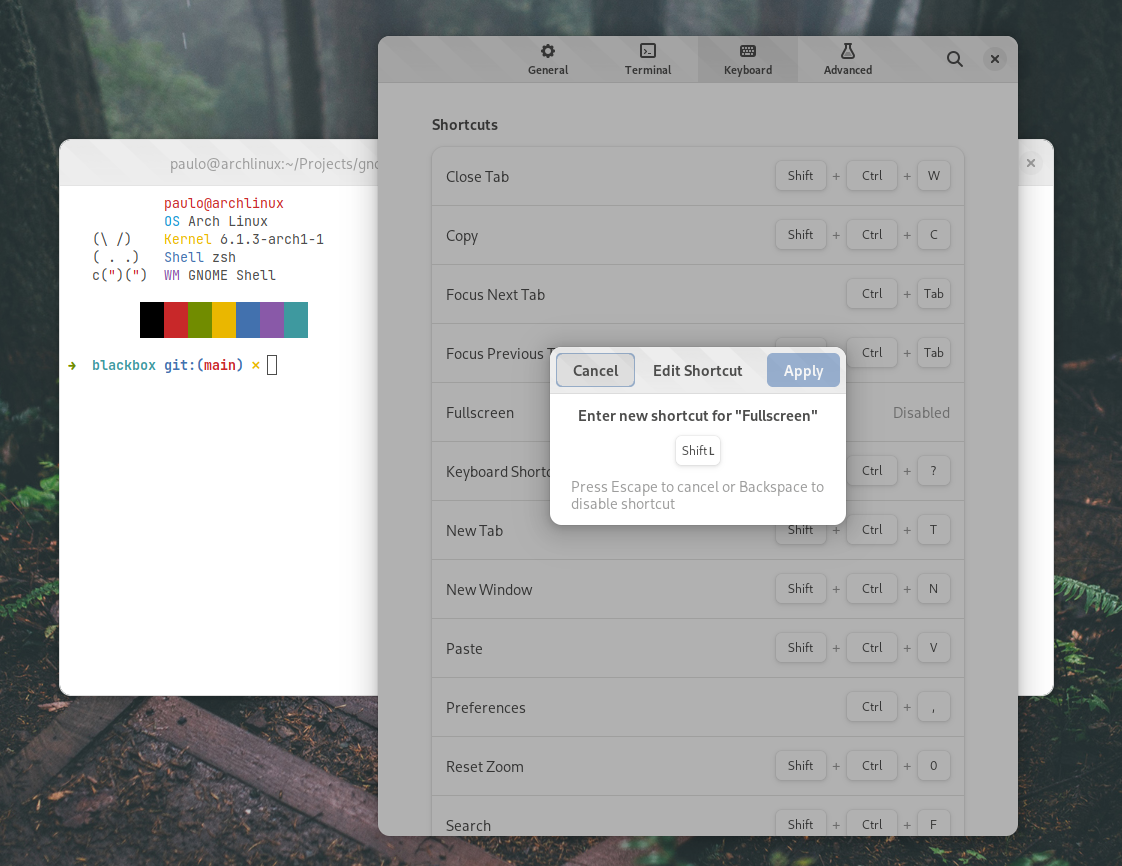 I updated UI Shooter, my tool to take screenshots of GTK4 widgets, used for example in CI to take screenshots in different languages for documentation. The new release correctly sets the direction of widgets in right-to-left languages, and the container image now includes all langpacks fonts.

I just merged the tabs branch into main in the Rnote repository. Thanks to the awesome “TabView” libadwaita widget the tabs themselves were really easy to implement. Alongside with it I also implemented a global colorpicker, and made the UI more pretty with floating toolbars. There are still some things left to do and likely bugs to squash, but I am really excited to get this out as a beta release soon. 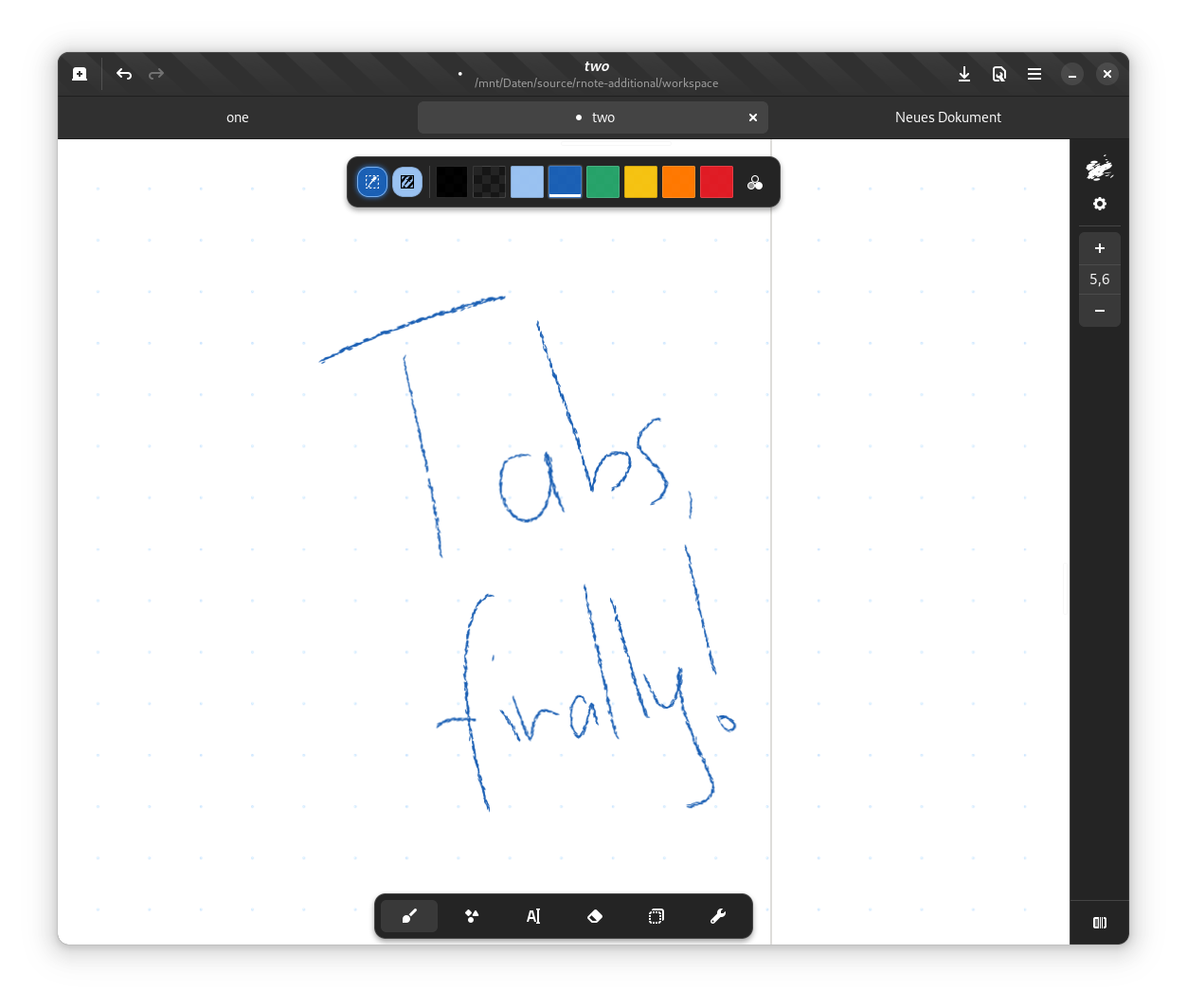 We hoped to release the stable version today, but we found a memory leak that we are investigating and are trying to fix. New planned release day is Sunday :) 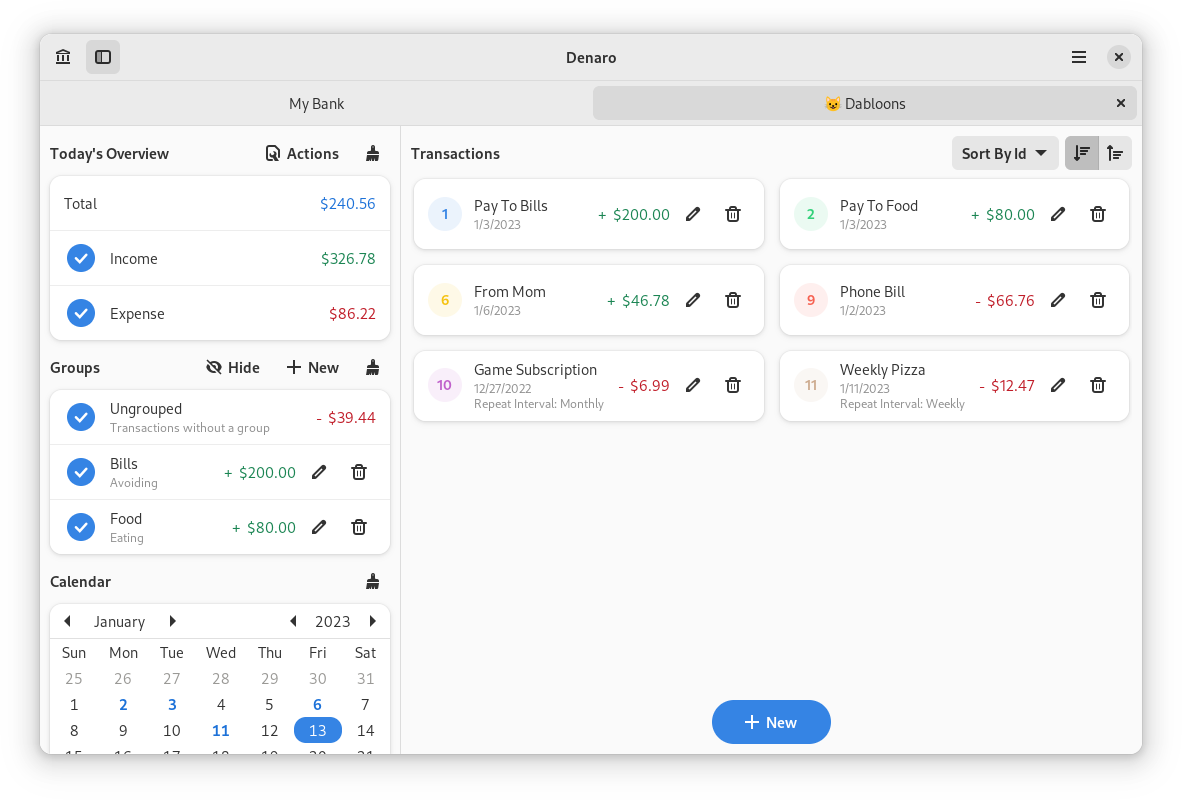 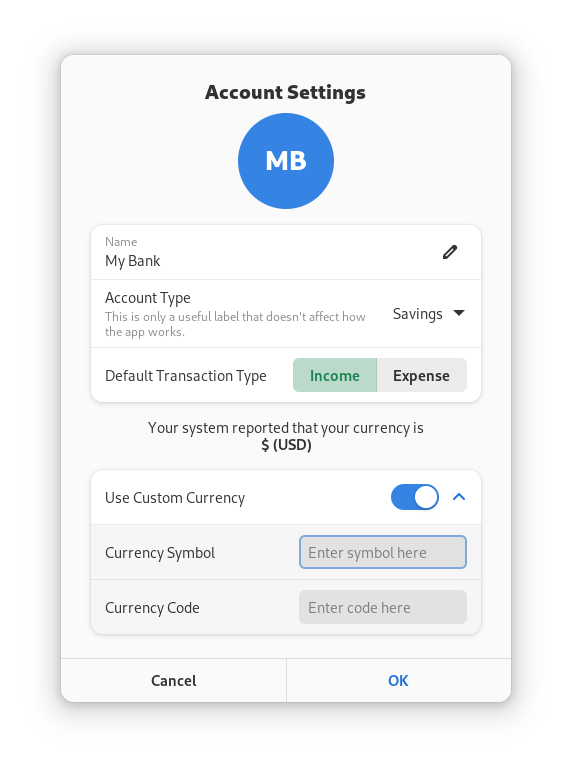 gdm-tools v1.2 has been released.

It is a boring bug fix release improving the install/uninstall experience. The only notable new feature is a --no-ask option to the install script which enables hands-free/non-interactive install process.

I still recommend Login Manager Settings over this but for the people who want to use gdm-tools, the install/uninstall process should be better now.

Flare version 0.6.0 has been released. In the last few months, there were not too many updates happening with Flare, but many bugs were fixed that leads to Flare being more stable and usable. In total, in the last three months, there were seven minor releases of Flare fixing bugs.

This week, Flare version 0.6.0 has been released with the major addition for notifications in the background. This means that (once the option is enabled in the settings) Flare will be able to start in the background and send message notifications without it being manually opened by the user. Furthermore, there has been some work done on restarting Flare after waking up from suspension, which is great for usage in Linux-based phones that regularly enter and exit suspension. This addition was mainly implemented by Cédric Bellegarde.

In additions to these major features, a workaround has been found for the notorious issue where Flare would not work with libsecret on some distributions. If you previously had that problem with Flare, applying that workaround should make Flare usable on your distribution. Furthermore, the summary of Flare has received a minor update to correct a grammatical mistake that was present for over six months.