Update on what happened across the GNOME project in the week from January 21 to January 28.

After thorough reviews from Tobias Bernard, Jonas Dreßler and Georges Stavracas, the main part of the new GNOME Shell screenshot UI has been merged for GNOME 42! 🎉🎉 Since the last time, the screenshot UI has got another round of design review, more polish and a big close button in the top right.

Screencasts and a few other minor additions have been split into separate, smaller merge requests for easier review and should hopefully also make it in time for the GNOME 42 UI freeze next week.

Vala 0.55.2 has been released with new features and bug fixes.

Similarly, we added support for using yield within main blocks.

This week, we added support for using foreach with GLib.Array and GLib.Sequence.

All these features are available in Vala 0.55.2 and you can use them in your code now.

libhandy development branch has been renamed from master to main. If you’re using it as a subproject or in a flatpak manifest, you may need to update it

Chris 🌱️ has implemented suffix widget support for AdwPreferencesGroup. Apps like Settings have been using a similar pattern for a while but we never had a proper support for it

A guided tour and greeter for GNOME. 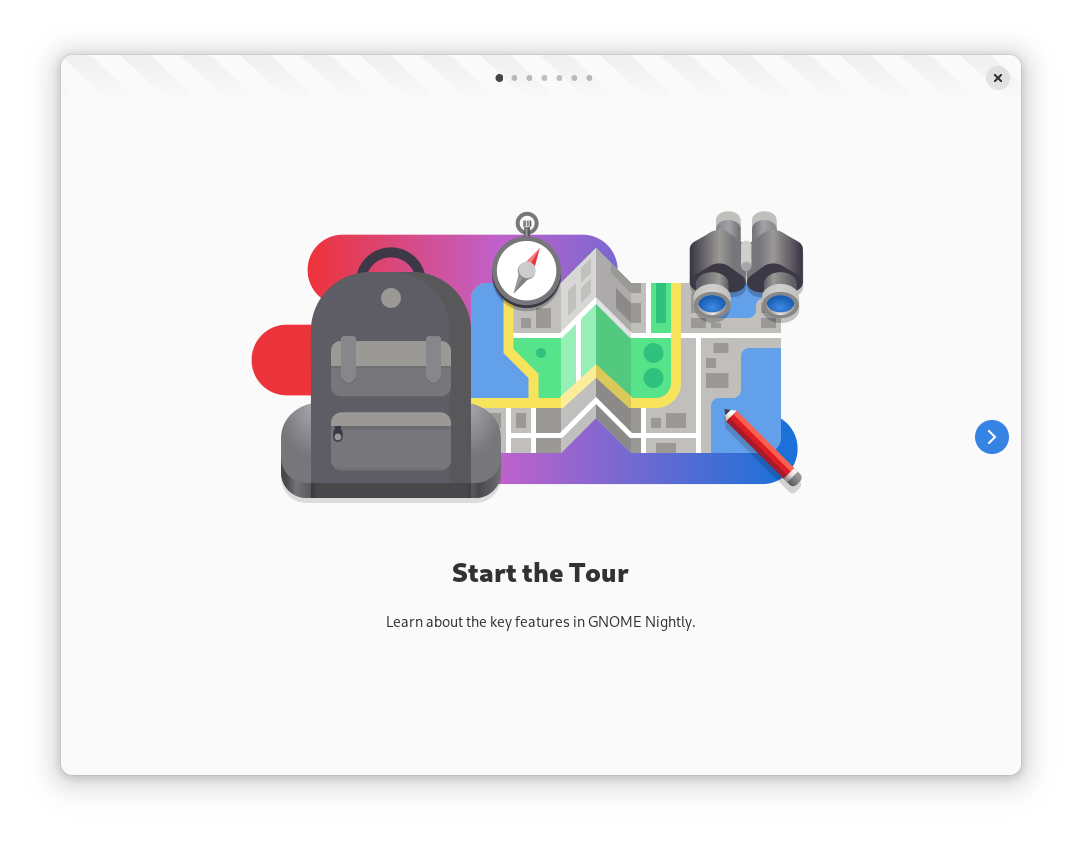 GNOME Builder resolves files now to a toolbox or podman container correctly and therefore can offer clang completions, symbol resolution and hover information from the container. This should make working in C/C++ with a container much more enjoyable. Also, Christian tweaked the colorschemes in Builder therefore the Adwaita colorscheme has much better contrast and a nice color palette to distinguish the elements better. Veli took the work and wrote a plugin to enable Builder to lint reStructured Text. And we fixed a little bug in our CMake plugin about the target path resolution. 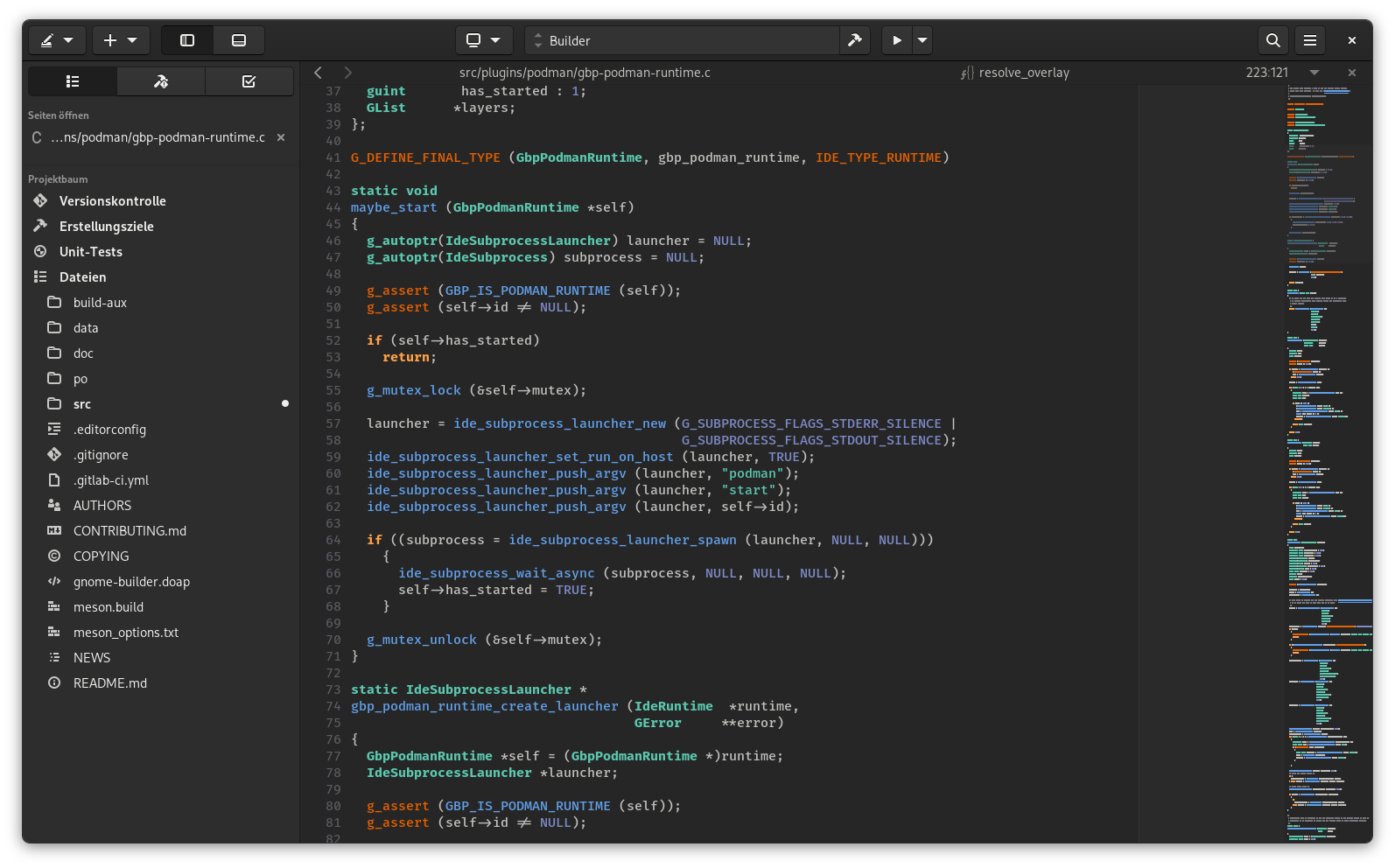 Emmanuel Fleury has also been continuing his campaign against old tests and incomplete test coverage in GLib, moving a number of old tests to the newer test framework and improving code coverage as he goes

I extended GLib’s gdbus-codegen tool to take a D-Bus interface XML file and produce a reStructuredText file that can be used with multiple documentation generators, like Python docutils and Sphinx, and simplify the process of documenting D-Bus API.

In GJS this week, we have a bug fix from Nasah Kuma and a documentation fix from Andy Holmes.

Health’s notifications have been reworked - instead of a separate daemon launching, Health itself is DBus-activatable now and sends notifications via a GApplication service. Additionally, Health’s UI files have been ported to Blueprint and the overview of activities has been switched over to AdwExpanderRow. 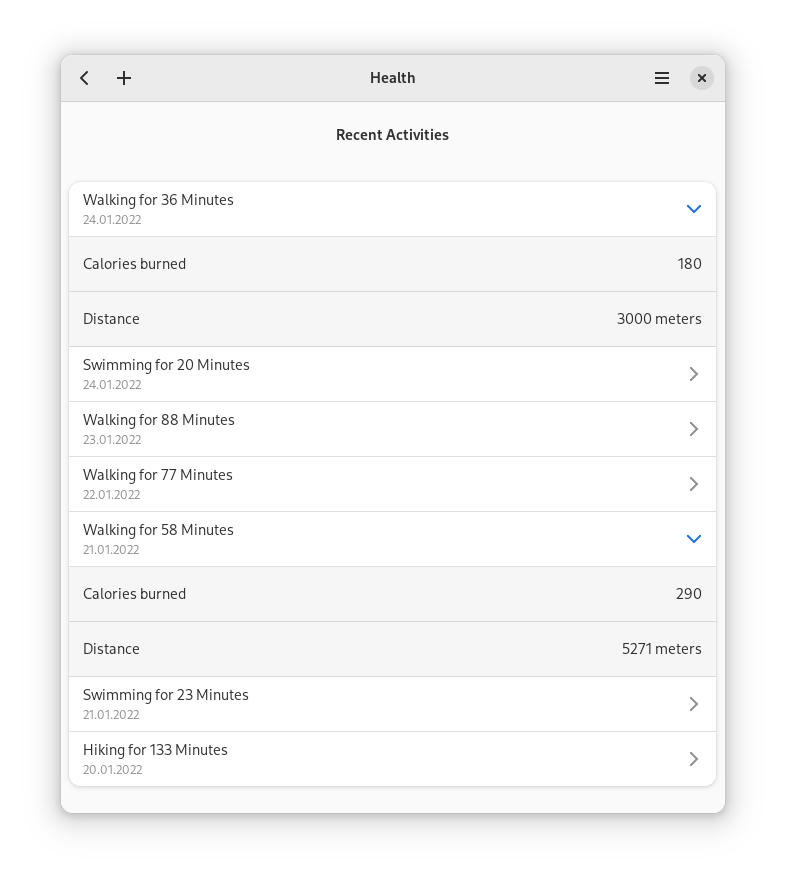 After months of work I have finally released ashpd 0.2. The release consists of a ton of changes that happened during the last 6 alpha releases and one beta. It consists of mostly:

I forgot to report it last week, but there’s a new release of Nostalgia, my tiny app to set historic GNOME wallpapers! It’s been ported to GTK4 and Libadwaita thanks to Maximiliano, Alexander Mikhaylenko, and Julian Sparber 🎉 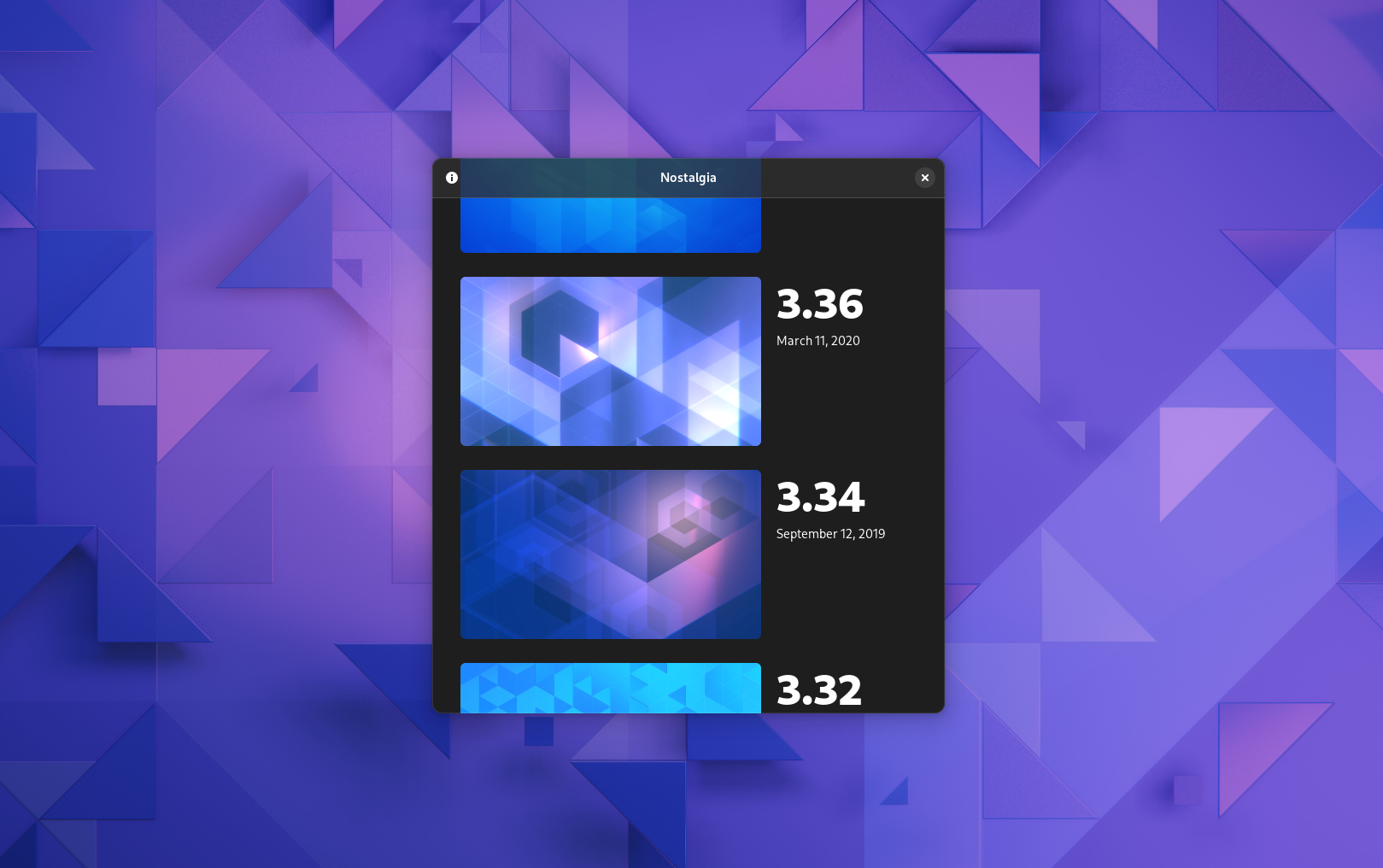 Hello folks, it’s been a while since we last spoke! We have been focused on the code, but we’re long overdue for an update. A lot has happened since November. Fractal-Next is getting closer to feature parity with current Fractal, and even supports new things:

Extension Manager, a simple app for browsing and installing Shell Extensions, had its second release. This adds much-requested support for screenshots, as well as a new dark theme and many other quality of life improvements.

FOSDEM returns, virtually. At this year’s virtual booth we have planned themed chat times with a variety of GNOME team, staff, and board members. Be sure to check out our booth page for a full schedule, fun GNOME links, and to join us in chat: https://stands.fosdem.org/stands/the_gnome_foundation/. In true FOSDEM tradition, we’re also hosting a GNOME Beers social! Bring your beverage of choice and join us for this informal virtual event on Feb 5th at 18:00 UTC. Let us know you’re coming by registering online.

The Foundation announced three new projects that focus on improving our developer experience, making more applications available on the GNOME platform and creating a more equitable and sustainable revenue models for developers within our ecosystems.